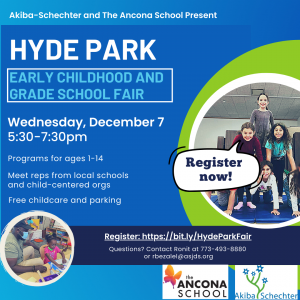 About midway through Josephine Gendler’s sophomore year at Ida Crown Jewish Academy, she decided she wanted to go into the Israeli Army.  So, she signed up with Machal, an IDF program that allows non-Israeli Jews to volunteer as lone soldiers for 18 months. And, while Jospehine was happy to do whatever she was assigned to, she had no idea what that might be. After an interview with a commander in which she talked about her love of animals, she found herself in the Canine Unit, Yechidat Oketz. “It’s like we teach them how to read, and then they go on to learn literature in their specific units.” We sat down to chat with Josephine about it. 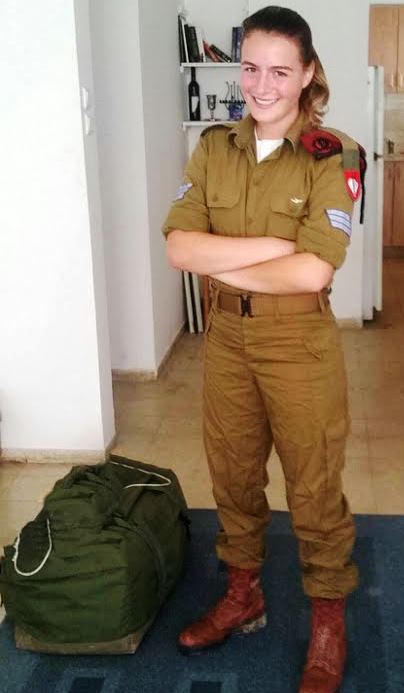 Q. Why join the Israeli Army?

A. Some kids want to be astronauts, some want to be doctors. I’ve always wanted to be a soldier. I’m committed to Israel and, as a woman, there are far more opportunities in the Israeli Army than in the US Army.

Q. What was your favorite part?

A. The job itself--I trained dogs to find explosives--and the other lone soldiers. It’s a unique person who decides to leave home and volunteer in the IDF. I also appreciated the independence I gained, being on my own in a foreign land. Hard stuff comes up, such as when I was bitten by a dog and couldn’t use my right hand for weeks. You have to solve those problems by yourself. And I did.

Q. What was the hardest part?

A. The culture/language barrier. You’re not allowed to speak English, and your commanders are barking at you in a foreign jargon. They use a lot of slang, which is not the stuff you learn in a classroom. For instance, now I’m at the point where it’s hard to speak to dogs in English. I just associate dogs with Hebrew, because that’s how I trained them.

Q. Tell us about your future plans.

A. In the Fall, I’ll be going to Boston University’s Kilachand College. I don’t know what I want to ‘be when I grow up,’ so to speak, but I do know I want animals in my life. This summer I’m going back to Israel to see my friends and visit my dogs. Especially this one I want to adopt after college named Max. He was injured, and was so sweet, and was always going in and out of physical therapy. He was our ‘eternal project.’

Q. What was it like to talk to kids at Akiba about the program?

A. The kids asked really smart questions and were so polite. They came up to me afterward and thanked me. But I was also surprised at what they did and didn’t know. There was a 2nd grader who asked elaborate questions about explosive devices, but then said, ‘What’s a terrorist?’ I decided to let his teacher answer that one.

A. Yes. The ladder to the school’s roof is in the closet in Room 203. If it’s ever unlocked, get in there. I always regretted not doing it myself.

What do you do when you’re graduating from high school, are the youngest of four, have watched all your siblings attend top-tier 200-year-old universities, but you don’t find yourself excited by any of it? Answer: Get into the Minerva Schools at KGI, a start-up institution created by entrepreneurs stationed exactly nowhere, in which students spend each year in a different country and take classes called “Multi-modal Communications” and “Complex Systems.” In other words, start from scratch. Which is exactly what Devora Klionsky (2011), better known as “DD,” did. 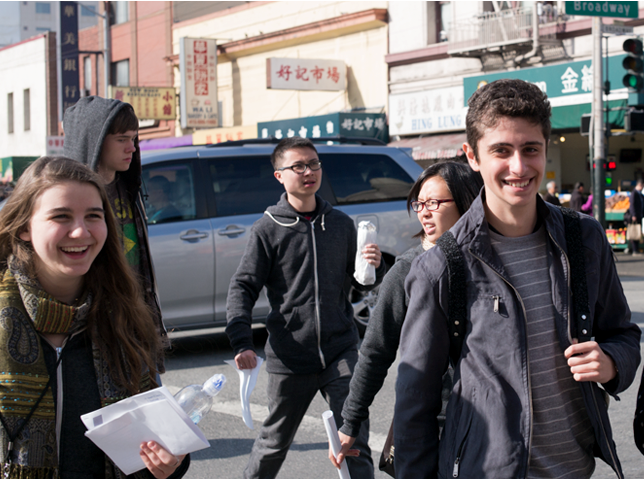 Q. What made the decision for you?

A. The people and conversations. On other college visits, people asked, “Where are you from? What extra-curriculars do you do?” At Minerva we skipped that stage. Everyone was already talking about the things they care about and want to be talking about for the next four years--and all the years after. There are a lot of things that make sense to me about Minerva that didn’t make sense to me for the last four years.

Q. As the 2nd class, you’re sort of a guinea pig. No brand yet. Right?

A. Between my siblings having gone to the more established institutions and me having been at [Walter] Payton, I already know what that model looks like. I’m not terribly worried that there’s something I would get from a traditional college that I wouldn’t get from Minerva. And the same things that are scary, are also exciting. I’ll be the guinea pig? Terrifying! I’ll be a guinea pig? Awesome.

Q. How has Akiba prepared you for this next phase of life?

A. When I got to high school and started realizing that no one else went back to grade school to visit, I also realized that teachers at Akiba were much more willing to do things that weren’t in the existing model. If this way doesn’t work, you try another. That was my model. Then I got to high school and realized it wasn’t anyone else’s. The whole reason Minerva was started is, this isn’t working. Let’s find a way to do it better. That was Akiba.

Q. What do you think education should look like, at its best?

A. People learning. So, for example, something happened in 3rd grade where people who didn’t like to read had this crazy teacher [Mrs. Esse], and then they liked to read. Something happened there. Whatever it is, if we can put that in a bottle, that’s what it should be. It’s pixie dust of some sort. Let’s find out what it’s made of and who makes it. And if you can systematize it, well, that’s what Minerva’s trying to do.

Q. The Big Question: what do you want to be when you grow up?

Q. Top 3 adjectives on how you’re feeling about the next phase of life?

The Minerva Project is part of the Minerva Schools at Keck Graduate Institute.

Jeremy Cohan, Class of 1998: An education in Education

Jeremy Cohan has been involved with education his entire life—on one side of the desk or the other. Currently, he’s working on his dissertation at New York University, where his focus is education reform and the role teachers’ unions play in it. In fact, Jeremy just recently returned to Chicago, where he’ll use the Chicago Teachers Union (CTU) as a case study. The CTU has been both more radical and more successful in achieving their aims than teacher unions elsewhere.

But Jeremy’s passion for education has been in the making a long time. After completing his Bachelors Degree at the University in Chicago, Jeremy--both of whose parents are retired teachers--joined Teach for America (TFA), an organization aimed at improving education by pumping idealistic college graduates into the system.

Through TFA, Jeremy was assigned to MS 325, a middle school in the Bronx.  There he taught special education his first year and English and drama the second. But, it had the opposite effect TFA had hoped for. “I moved away from teaching because I found myself overwhelmed and saddened at what education in South Bronx looked like,” says Jeremy. “And I went to grad school to try to process it.”

Which doesn’t mean he’s left teaching—only that now he teaches adults. Specifically, Jeremy is one of the founding members of a Masters program in critical theory and the arts at the School for Visual Arts in New York. As a graduate student, he has also served as a teacher’s assistant for numerous classes—including Nazism and the Third Reich and the sociology of medicine.

What’s the difference between middle schoolers and college students? “I like the high level of material and self-discipline in universities,” says Jeremy. “But there’s a loss of spontaneity, a loss of feeling. There’s a special reward that you get from seeing a person develop that you can’t really find in academia.” Which is perhaps why he hasn’t ruled out returning to teaching children in the future.

So what role did Akiba play in his trajectory? “It was a formative experience for me,” says Jeremy. “There wasn’t this gulf between those on the top and those on the bottom. It was based on collaboration and respect.” Bottom line: “It allowed me to believe that something better is possible.” 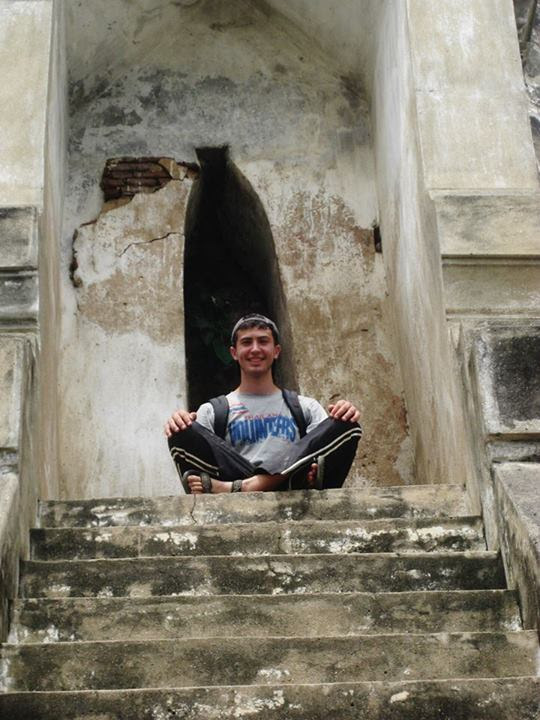 Lev Gray’s academic career was fairly typical--up until this year, that is. After graduating from Akiba in 2009, he finished high school at Walter Payton College Prep and will begin college at Yale in the fall. But this year, he’s taking a break from the classroom to do a different type of learning—in Thailand, India, Nepal, and Israel.

Ask him why he’s doing this gap year: “It’s an attempt to get back some ‘Beginnerness’ in my mind. Beginners don’t have a developed idea of how X works, so they soak everything in. My goal is to ask more questions and say ‘I don’t know’ more often.”

It’s a noble goal, but Lev seems to have achieved it. Among the non-academic skills he picked up: cleaning out cow stalls, transporting water by balancing it on his head, communicating with people who don’t speak a word of English, and “laughing with them and loving them. I don’t know what you call that kind of learning, but there was no distinction between learning and living.”

Mostly, on this trip organized by Youth International, Lev spent every week in a different host family’s home. Some were in urban areas, like the wealthy family in Bangkok who employed a servant Lev’s age. Others, like the family in Jhadol, India, were extremely rural, with no electricity or running water. “But,” notes Lev, “everyone has a cell phone.”

His trip included touristy highlights like riding a rikshaw or visiting the Taj Mahal, as well as challenges like spending 10 days in silent meditation. “I thought it would be really difficult,” says Lev. “That I’d go insane. But it wasn’t hard to be silent. It’s a great way to study anything—even electricity and magnets.”  But the most humbling aspect of his trip was something he didn’t expect. “I had to accept that it’s a little arrogant to assume you’re helping these people,” he says of the service tasks he was asked to do. “They don’t need us...even if they don’t live up to our standards.”

What will he do with the knowledge he’s gained this year? Education, possibly. “I’m spoiled,” he admits, pointing to his experiences at Akiba and Payton. “But I’m also very sensitive when education is done poorly.” In other words, prescribed molds and learning for reward or punishment.

Lev recalls his experience in 8th grade at Akiba, where he was able to learn geometry simply because he was ready to. “That kind of academic freedom existed even in 2nd grade,” he says, “where learning was done for its own sake and I could think, I’ll just go as far as I can.”

This trip has indeed brought Lev back to a Beginner’s Mind, which might just be the perfect way to start college.